It is funny to write this post as my “offseason” has now been underway for two months. But that said, I haven’t really reflected too much on 2012 yet.  Maybe that is because it was just too painful.  Between broken ribs and hypothermia, I am somewhat left feeling like I just didn’t really have a 2012.  Although I realise that is a bit of a broad statement. And I realise that when I say “I didn’t have a 2012” I am not recognising my achievements. But I can’t help but feel a bit sad at “the season that wasn’t”. 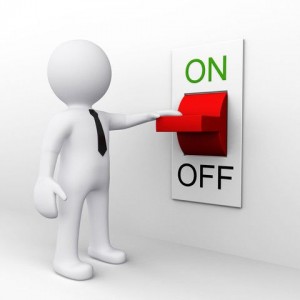 What do I mean?

In 2011 I achieved so much, pushing myself beyond what I thought I was capable of doing, learning that the game is mental and not physical.  I did not die at Strong Like Bull training camp; I enjoyed every moment of the MS150 Houston to Austin ride (okay not every moment, but I still had a great time); I swam across the Chesapeake Bay.  And once I got the single sport focus out of my system I turned around and had a blast at the 2011 London Triathlon and in the process qualified for the 2012 USA Paratriathlon National Championships.

Sure, in 2012 I achieved a goal of competing in the Paratriathlon National Championships – but it was bittersweet.  In addition to fracturing my ribs two days before the race in a freak accident, I also lost my paratriathlon classification. (I get retested regularly as I have a progressive degenerative neuromuscular disorder – and in 2012 I had become too strong to compete in the championship wave)

June and July were months of healing, with the Olympics in August.  I had my first ever middle distance race experience at the end of August at Rev3, but this was punctuated with the intense frustration of having a bad swim – a consequence of my May bike wreck which I hadn’t taken the time to sort out. And only in September – a full nine months after vowing to sort out my peroneal tendonitis – did I finally get a completely new and radically different set of orthotics that is finally enabling me to run without searing ankle tendon pain. But I was advised not to use them in my last race of the season, which anyway ended in a DNF caused by hypothermia.  At least now – in November, two months after my season ended – I am finally on the road to recovery from severe ankle tendonitis. Finally.

When I look back at 2012 I have to assess it frankly, honestly.  And looking forward to 2013 I have to plan with that honest assessment in mind.

My best moments happened when I was relaxed and completely enjoying the moment.

Example 1: The Saturday before CapTex – the 19th of May – I hit a wetsuit assisted 1min30second 100m swim. I was peaking, and feeling strong.  The week before – the 12th of May – I was consistently hitting 1min40second 100m times in the pool – without my wetsuit. I managed to shave 10seconds off of my pool times just through consistent and dedicated swimming on Saturdays with my new swim coaches at Red Top.

Example 2: During our “for fun” race that shakes the cobwebs from our system – The Egg Hunt Triathlon in Florida – I managed to turn in a sub-40 minute 5k run.  This was my first ever time doing this in a racing environment, and I was absolutely over the moon. It was especially exciting for me as I had such a bad run of tendonitis from November 2012 until January 2013. It remains a beacon of hope for me on my running horizon.

I also know that part of the differences between ON and OFF have to do with training.  Consistent training.

There is a lot to be said about having crystal clear lines of communication with whoever you work with – especially when you work with people and trust your body and progress to them (coaches, doctors, etc).  I felt like after May my training plans did not match my physical reality, the fact that I needed to manage my tendonitis, the way I felt after my rib fracture. Instead of addressing the problem with clear communication with my coach, I became inconsistent. And when I felt my performance fade I felt demotivated.  I was caught in a spiral. A spiral that only rethinking my whole approach to my 2012 season could have helped. And when I mean rethink, I do not mean the decisions to DNS a few races.

In retrospect, I just should have talked to my coach, rejigged everything, and just rebuilt my 2012 season from June to point toward a successful sprint triathlon level. Instead I pushed things before I was ready. I inconsistently trained, leading me not to spot the problems. And in doing so, I find myself back to square one, where I should have been in July. I’m now in shoulder physiotherapy because I didn’t take the time to recognise and treat a not-so-obvious injury to my shoulder that happened when I crashed my bike in May.

Live and learn. Continuous forward motion and continous self improvement. 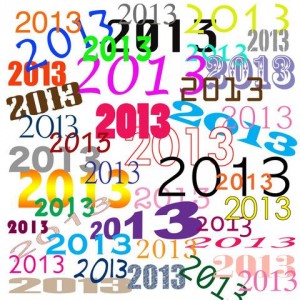 So far that has meant changing things around.  Both mental and physical shifts.

I am working with a new triathlon coach (more of that on a future blog).

I am going back to square one with running, deliberately and patiently rebuilding.

I am setting myself some milestone goals that may not seem large, but mean a lot to me. Things like running a continuous 10k by March, and a continuous 5k hopefully within December. And both definitely without straining myself or causing further injury.

I am contemplating a triathlon camp in February, one of the things I did at the start of 2011 which really set up my triathlon season in a nice way.

I am thinking of revisiting some of the things I have done before – like the MS150. But with new aims – like “racing” day one and minimising my breaks to maximise my post-day-one time in the St Arnold Brewery tent.

I intend to be more methodical, measuring and learning how to measure, learning how to read the data and the way that the data creates a map on how things are going in my body.  If there is one thing I would like to do in 2013, it is to become better able to predict when I am hitting fatigue zones, hitting the edge of tendonitis and injury. To use the data to help guide me into a stronger place.

I know that I am not going to be doing the 2013 USA paratriathlon race events, and I am almost 100% certain that I will not be doing the UK races either. Having lost my classification in 2012, I focused my energy post-national-championships on trying to get appropriate feedback into the paratriathlon classification system review that is due to be finalised for the 2013 season. Until I see the new system and how it is going to be implemented, I do not feel comfortable signing up to race as I may yet again find myself functionally impaired from my nerve disease but measuring too strong to compete as a paratriathlete.  Instead, I may take advantage of the fact that classifiers will be in London for the 2013 Triathlon World Championships to see if I can get myself classified under the new regime. But that’s as much visibility as I have with regard to me and paratriathlon specific events.

I don’t have all the answers yet, and certainly have not chosen my races for next season.  But I feel like I am now at the stage of being able to sort the pieces. 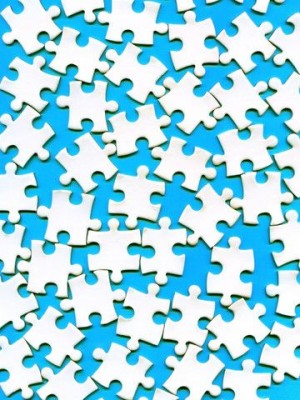 The next step is to begin to put together the puzzle. My 2013 race plan.