When my dad died in July I went to his house to help with the clear out. This was a big deal in many ways – not least of which because I was finally allowed to go into and go through his sacred place: his garage full of fishing supplies. 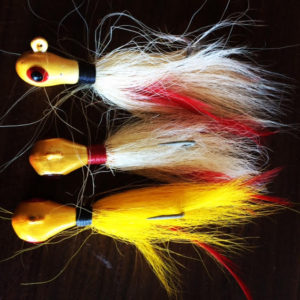 Packed to the brim, his garage was a treasure trove for any fishing enthusiast and small business owner. But it also required an extensive clear up. His health had gotten bad and the garage was really out of control. Instead of organised chaos, it had deteriorated to just chaos.

My sister and I were allowed to “help” with the clear up. To go through his things, to try to sort the rubbish from the things of value. (Yes, I did find rotten fish bait in one of the boxes. Just gross!) As a part of the clear up I wound up injuring my shoulder. I am pretty certain it was after the first day I was in dad’s house, when items were being lowered to me from his loft space. The angle of taking the boxes really aggravated my right shoulder, which was already prone to irritation from bike incidents (being hit by a car in 1993, and falling off my bike in 2012).

I knew something was not right – beyond just normal pain – when I got back to London and went to a pilates session with my friend Brian. I mentioned to him that I was always having issues with my shoulder, and while working on a few things we noticed my lats basically had stopped engaging. I took it easy for the rest of the summer, but still decided to do the Dart 10km swim, to race in Chicago, and to end my open water season with a short paddle around West Reservoir at the end of September.

Then I took a break from swimming for a month, figuring that time off would heal all. But when I got back into the water in November, I did myself no favours when I went from zero to hero and knocked out a few fast 100m times in my quest for the Lido Leaderboard (fast for me anyway, at 1:40). My shoulder pain came straight back, and I knew that the answer would involve a trip to the doctor.

I made an appointment with Jon Houghton, the sports rehabilitation doctor I had seen at the start of 2013 who helped me to get back on track with my knee issues, and before you knew it I was in the MRI chamber (one of my worst nightmares!). Next thing you know I had pinpointed the cause of the inflammation and identified my shoulder injury: I had a partially torn subscapularis tendon. 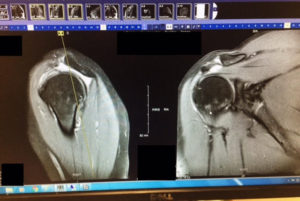 The shoulder rehab was – as Stephen Makinde suggested it would be when I met him in November – a cortisone shot followed by intensive rehab work.

I had my shot in December, and just before Christmas Stephen gave me a set of very basic shoulder strengthening exercises to do – focusing on lat engagement as well as basic rotator strength.

I joked and said that shoulder rehab for me would become like my job. A daily thing. I was determined to make this a positive – a “without excuses” chance to really address and get back to shoulder strength and stability, and a chance to really take the injury and rehab and use it as an opportunity to improve my swimming.

I have resistance bands over my doorways so that I use every moment as a chance to do a bit of stability work.

I have walked into the gym in regular clothes just to get a quick session done on the cable machines. 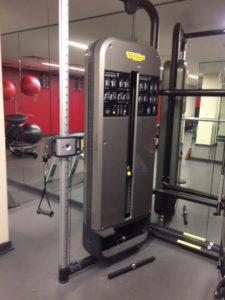 I have upped my personal session with Tom to twice a week to make sure we have time to focus not only on core strength and stability to help my CMT, but also to focus on shoulder rehab to help recover strong from my shoulder injury. 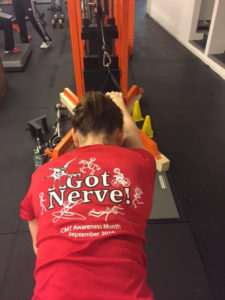 And I finally got the okay to get back into the pool and am doing Thursday swim sessions with my club Red Top Swim again.

So yeah. Shoulder injury, shoulder rehab. Just another twist along the journey of living a healthy active life while managing chronic conditions. This otwistne not caused by CMT or EDS, but the rehab is made trickier by taking into consideration the poor proprioception that someone with EDS has with regard to where their joints are and how to engage muscle groups. I am hoping this chance to focus on my shoulder health will bring positive unexpected outcomes – shoulder opportunities!