Well, when the London Triathlon was over, and I was collapsed on a bench in my back yard, barely conversant and enjoying seeing everyone at our traditional post triathlon bar-b-que, the last thing I wanted to think about was exercise. Or triathlon. Or training.

The week post-triathlon was a killer.  All I wanted to do was finish the week and get on holiday.  I didn’t feel like exercising at all.  But I knew that I had to do something – wearing my 2XU compression tights would not stop muscle aches – sure, it helped, but really, I needed to move my legs and stay active.  I did my best, spinning my legs out on the bike, going to yoga for the first time since I dislocated my elbow in 2007, and getting a swim in.

I stumbled through the week, just anxious for vacation and downtime to recharge my batteries.  And anxious to see if I still had my training mojo.

This year for holiday we headed to where the airmile gods were able to take us.  Hitting the “where can I get to with my miles” button we settled on Boston, and specifically to Maine and Massachusetts – our first time in the New England area.  I’ve always wanted to go to Maine, maybe from reading the Blueberries for Sal books when I was a little girl.  And Nantucket was like a bonus.  We landed on Saturday the 14th and I was excited to see a part of the US I hadn’t visited before.

Holidays were a time to rest the feet… 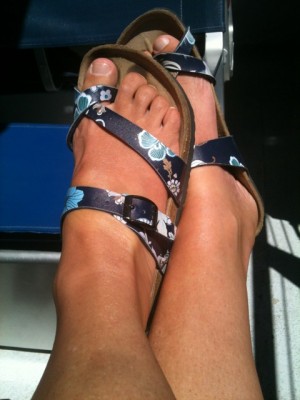 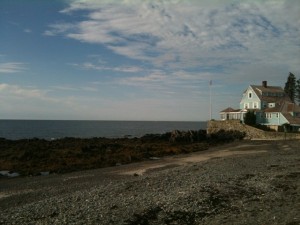 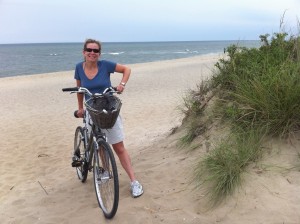 Before we left the UK through the power of Twitter and Google I discovered the Tri-Maine website the Kennebunk Beach Triathlon Club.  I happily got in touch with Jeff, one of the organisers, who pointed us in the right direction for all things tri when we were in Maine, including bike rentals and training with the KBTC. 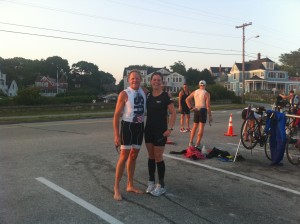 The KBTC were super hospitable during our first week of holiday. 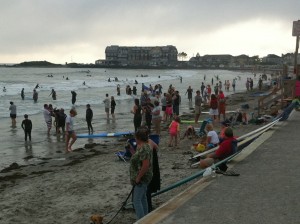 We joined the KBTC for their weekly Monday open water swim, in the Atlantic Ocean off Kennebunk Beach.  Alongside 3 other swimmers, DH and I braved the chop and swam as the sun broke through the clouds.  I can still see Joe, the lead swimmer, waiting for us and standing on a rocky outcrop as the sun broke through.  A silhouette of man in neoprene.  A group of swim cap clad enthusiasts making our way around the cove.  A beautiful perfect evening. 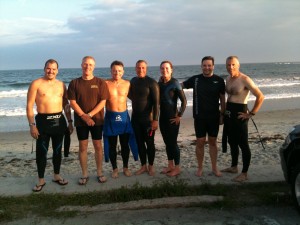 I’m next to Chris, who I swam next to, and DH is next to Joe, the swim leader

The triathlon community is so special in so many ways, but KBTC…  Now this is a special tri club.  Each Thursday KBTC holds a mini-sprint triathlon for training.  Their big club race is at the end of August, and so everyone was practicing for the main event when we joined.  Check it out – just like a proper triathlon, including transition! 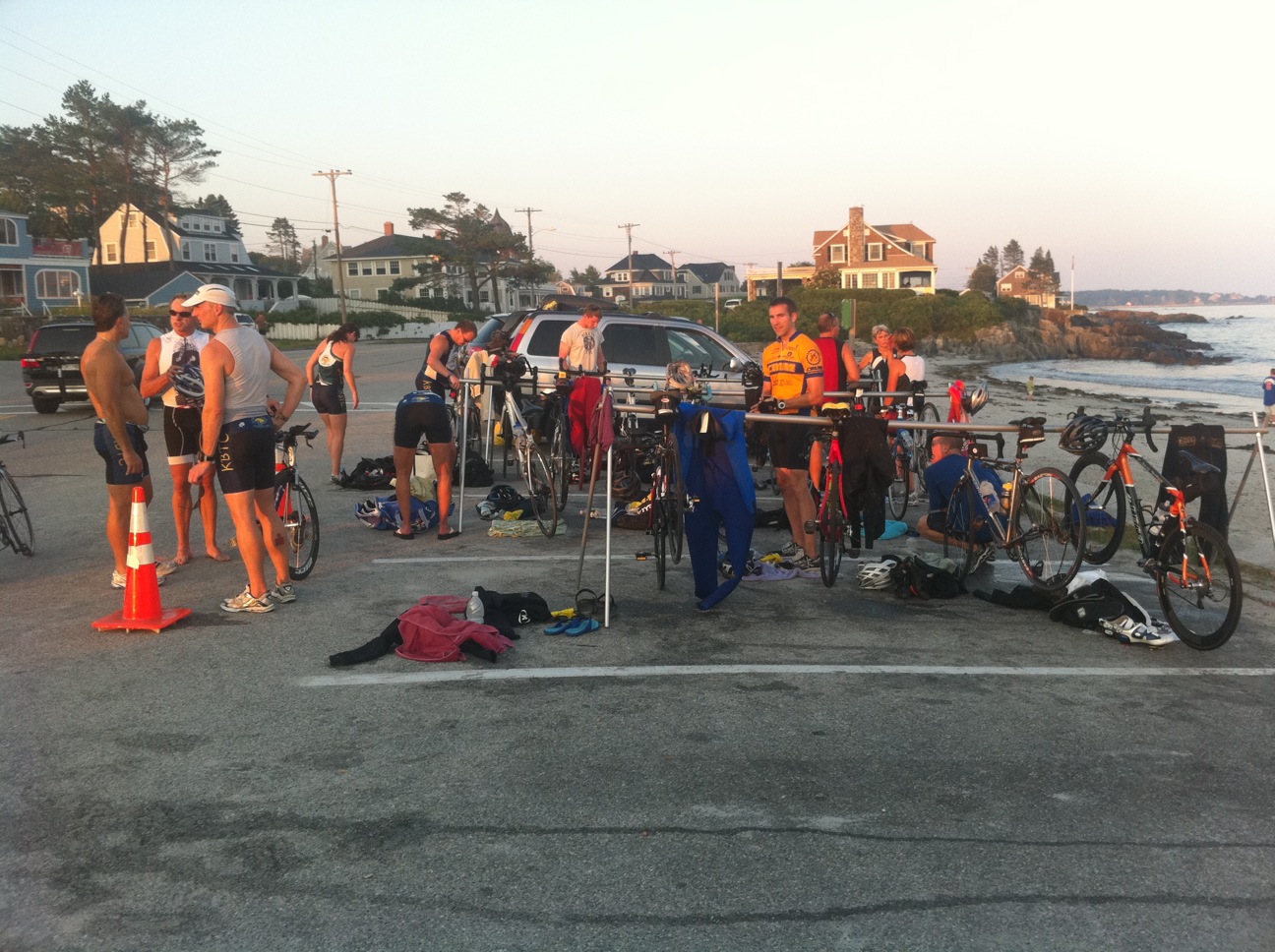 We had already returned our rental bikes to Portland, so joined in for an aquathlon.  400m or so of sea swimming, then as the club headed out on their ride, and DH and I leisurely laced up our trainers and ran along the waterfront.  I did the 2 mile loop and DH did the loop twice.  At the end we joined the club for burgers and beers at Allisons. 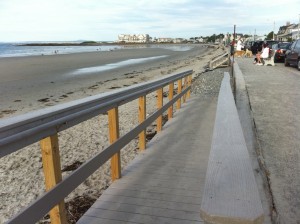 The run course, earned myself a burger!

Our stay in Maine was inspiring.  It was incredible to plug into such a hospitable tri club.  To join strangers for dinner, to share laughs and to hear their stories.  To learn that one of the guys I was swimming with, Marc, had come back from a lateral release surgery on his knee when doctors told him he’d never run again (and here he was doing tri).  And to see another, Chris, getting into the pre-race mindset for the Alcatraz triathlon put on by the San Francisco Triathlon Club.

And the combo of Maine and Nantucket… Beautiful…  Enough to make me want to go back…  Seriously… Wonder what the job market is like in Boston?

And I recharged and found my mojo again.  Not sure if it was the rest, or the food, or the relaxation.  But I feel ready to get back to training.  And also to shed the holiday weight gain! 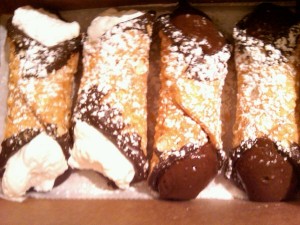 The sinful canolis – best I’ve ever had…

Thanks to the Kennebunk Beach Tri Club for opening your training to us and letting us be a part of your wonderful club for the week we were in Kennebunkport.  You started the wheels turning about our 2011 race plans…  Kennebunk Beach Triathlon?

And thanks to @swimrjul and @rangerdutch for the fabulous night in Boston – our time was short but you showed us the best!