The year is winding down. In November and December, things tend toward the “less busy” side at work, and although we have a lot of meetings that wrap up the year and set things up for the New Year, a lot of the pressure lifts.  With less pressure it means I can spend a little more time to take care of the smaller things that otherwise get neglected.  Self care time.

My self care routines

One of the things I always do at the end of the year is visit the dentist (I also go mid-year—I’ve never kicked the twice a year dental habit).  This year, I suspected that my dental visit would leave me a bit like Vampira. 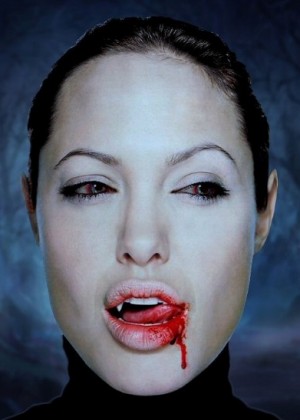 Let’s just say I knew that all was not right with my gums.

I didn’t realise I was in such good company.  Meet Ghostface Killah…

Image from Getty Images / The Guardian

One of the forces behind the Wu Tang Clan, which arguably produced some of the best hip hop of the 1990s, The Guardian just reported that Ghostface Killah has been tweeting about dental hygiene…

Maybe he visited my dentist…

Frankly, it was a shocking visit.  I really like the dentist, but I was surprised by how badly my gums seemed to have deteriorated.  For those of you familiar with the dreaded “sponginess test” I went from scoring a 0/1 (meaning nice firm gums) to in most spots a 4 on the gum richter scale.  Bad bad bad.

I had a talk with my dentist, who seemed as shocked as me.  She wanted to know what had changed.  I explained that I had been training a lot more for triathlon, and had been using gels in my triathlons and longer training sessions.  “Gels? That is like drinking syrup, it finds its way into all the spaces between your teeth and gums!”

I then remembered an interview I read in Triathlete’s World (UK) with Stuart Hayes, about his advice to triathletes.  He remarked that it was important to look after your teeth.  Hm.  A pattern, perhaps?

I had a discussion with my hygenist as well, about how to approach getting my gums back on the right track.  Seeing as this is the “slow” season, a time of the year I always refocus on myself and good habilts, I thought it was a great time to build a new dental pattern into my habits.

Her advice was straight forward – but it does require time.

1.  Use interdental brushes to massage in between my teeth and gums, cleaning away plaque buildup
2.  Floss like usual
3.  Brush
4.  Tongue scrape
5.  Rinse with peroxide based mouthwash

Wow.  What a routine.  It involves old familiars, like floss and toothbrushes and mouthwash.  And new torture devices.

Things are a lot more “technical” now when it comes to dentistry and dental hygiene.  My dad just used toothpicks when I was growing up.  Now they make special tools, which oddly remind me of pipecleaners.

I have been working with Christine aka The Holisticguru to fine tune my diet and healthy living habits.  I’ve been paying particular attention to building lasting self care habits.  Funnily enough, tongue scraping was also on the list of self care rituals to explore.

Now, why do both dental hygienists and holistic health practitioners recommend tongue scraping?

From the dental point of view, scraping the tongue means clearing the mouth of a source of bacteria, bacteria which gets into inflamed gums and causes problems.

Holistic health practitioners draw on centuries old traditions when they look to tongue scraping.  In particular, ayurvedic practice incorporates daily tongue scraping (Jiva Sodhana) into health routines.  Tongue scraping removes ama or partially transformed materials from the body and its channels, leading to better balance.  According to ayurvedic tradition, paying attention to the teeth is important, and tongue scraping removes bacteria leading to healthier teeth and gums.  It also aids in digestion, stimulating easier production of digestive enzymes.  It improves the function of taste buds.  And morning tongue scraping is said to remove toxins and bacteria that accumulate on the tongue overnight, thus improving overall health, a kind of detoxification process.

I guess I look at this more relaxed time of the year as a chance to try out some new things.  And a chance to build some new habits.  My dental rundown is, I admit, pretty mundane.  But I think paying attention to the mundane is important – and this time of the year is the time when I focus on just that.

And I believe that building new habits requires time and attention – Coach T said it takes 10,000 repetitions to change a swim stroke.  Surely the same is true of health habits – maybe not 10,000 times of repeating a good practice, but a good period of time.  This time of the year affords me the chance to spend time getting new healthy habits dialled in.

What about you?  What self care routines are you building into your routine during the slower season / in the new year?  What things are you experimenting with?