On Saturday after swimming I sat chatting with my friend Juliette. We were talking about her amazing open water swim season, which has included crossing from Jersey to France, as well as an upcoming Gibraltar crossing. And we talked about my season. Or seeming lack of one.

I haven’t blogged since March. A lot has happened –  and not a lot. At the same time – if you know what I mean!

I think my first big decision about my 2016 season was just before Easter, when I started to pull out of planned races. I logged a DNS (Did Not Start) at the Egg Hunt Triathlon. Something in my gut was telling me to pull back. To think twice about jumping in and just on reflex approaching 2016 like every other year since I started taking triathlon more seriously in 2009.

I suspect that “thing” that told me not to race was the same thing that saw me declare way back in January that my key goal for the forthcoming year was to do a swim race wetsuit free. Not to do XX race or complete something in YY time. I had already decided back in January to shift the nature of my goals completely, to focus on something that was at the same time familiar but new.

A Season of Rebuilding

I think this shift was a result of my shoulder injury. It has been a long time healing, but I am finally – FINALLY – there. Back to where I started from, back to July 2015, and only now feeling like I can start to build up to a goal again. 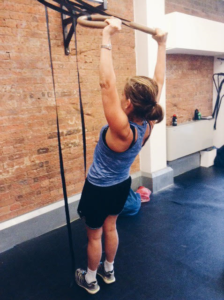 As we sat there after swimming chatting in the sun, Juliette said to me that we all need a “fallow season” now and then, to rebuild and just enjoy being active without any goal pressure.

I have been mulling her phrase over in my head since then. 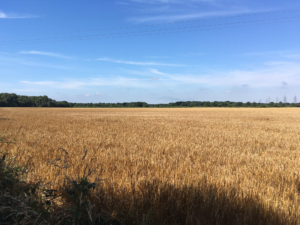 I am still working and building, but my goals? Different now, things I don’t know if I would have thought of as “goals” before this injury. Like swimming wetsuit free, or pulling myself to vertical with stable shoulders.

I haven’t left being active behind. But I have definitely changed my purpose this season.

On the back of this fallow season, I sense something new is on the horizon… And I am ready.