Warning:  this may not be the cheeriest post I have ever written. 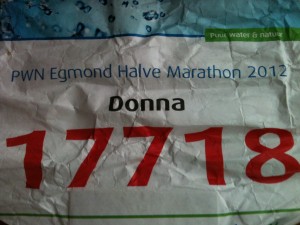 I have so much to celebrate with my Egmond quarter marathon performance.  I ran and felt strong for the first 5k.  The weather was fantastic.  I saw some good friends at the race – like Rob who once again was our chauffeur on race day, and Renee who I literally ran into on the course!  I cut over 5 minutes off my 2011 time, on a day with more wind and with less than ideal preparations.  I appreciated each and every step I took on the course.  At the first aid station at about the 4km mark I took some water, stopped, smiled and thought “my god this is the perfect way to spend a Sunday, to start the new year.”  And we had two fantastic meals in Amsterdam – dinners at La Oliva and L’Incanto. All in all a beautiful weekend. 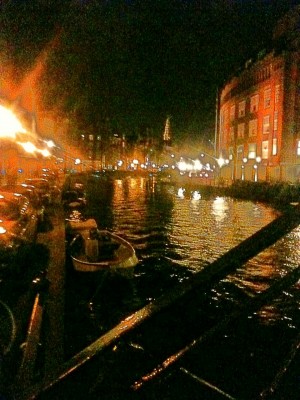 But I think it is important to give you the no holds barred report of how Egmond, my training, and the race impacted me.  And why sport can be such a frustrating thing for a person with physical challenges.

My Egmond aan Zee run was supposed to be my first half marathon.  I started training in September, and learned so much through the process.

I learned to run on a treadmill.  Yes, you read that right.  I hadn’t run on a treadmill before September 2011 – I was always scared and worried that the reduced sensation in my feet would somehow cause me to fly off the treadmill and hurt myself.  Nothing like facing and conquering old fears!  I learned that my body responds better to a running schedule where one week I run a long run, the next week a shorter “usual run distance” and then the next week increase the mileage of that long run.  Kind of like a 12 – 8 – 14 – 8 – 16 – 8 type of schedule for running increasingly longer distances.  And I learned the importance of getting strength training right, as it helps with run form and also prolongs the point where I fatigue, making longer and longer runs possible.

I also learned that planning to get to the half marathon level in 16 weeks was just way too fast for my body.  Come mid-November, after my 15km run in Tokyo, the weekend of my “recovery length” 8k run did not feel right.  I always manage a tendonitis in my ankles, a result of having weak ankles from CMT and overflexible joints due to hypermobility.  And normally my tendonitis eases in my runs.  And it is always manageable with a combination of ice and days off between runs.  But in November, my ankle tendons were on fire.  And with the fire was a warning – too much too soon.  And soon after the fire in my ankles came a general period of being completely worn down and exhausted.  My body had had enough – enough training, enough travelling, enough fatigue.

December was a total wash out. Between being ill and taking time off running to manage my tendonitis before it really got bad, I hardly moved. 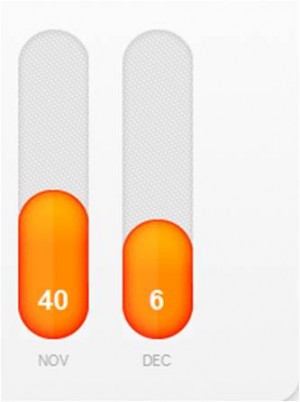 In all sports I logged a grand total of 6 miles in December.  I only “trained” 5 times in the month of December, two of those times were swims, so my total running miles didn’t even hit 4 miles for the month.

You could say this was not ideal preparation for a quarter marathon. I think you’d be right!

It is not surprising then that after running about 7 miles in one go (longer than the combined total of all runs I did in December!) my knees acted up.

I have bad knees, with a history of profound dislocations lurking in my past.  Early in December I subluxed (partially dislocated) my left knee, but it was feeling fine before the race.

But when you have a history of troubles, you need to be smart.  And maybe running this quarter marathon was not the smartest thing to do in terms of injury management and prevention. 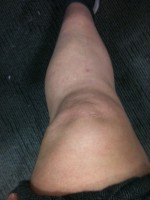 Spot the difference. Let’s just say my left knee is a *little* swollen and leave it at that…

I’ve been managing peroneal tendonitis for a while now.  I know the root cause is my weak ankles, and although I do work to strengthen them, I am very reliant on a good orthotic solution.  And I have known that I needed a new right side orthotic to address the issue.  I’ve been trying to see to this since June, and am finally making some headway.

The time off running seems to have done some good for my right foot.  Although it is stiff, I do not have any residual burning pain on the tendons.  Which is awesome

However, my left side!  Since April of last year I have been contending with some weird pressure spots on my left foot.  I just couldn’t figure it out. I usually run in compression, but I started blistering.  How is that possible?  And the blistering was in such a strange place!  I had resorted to wearing body glide and normal socks, and the issue seemed to have gone away.

But on race day I put on compression.  And I ran hard.  And my orthotic cracked. 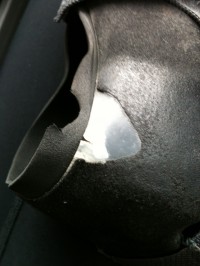 All of my doctors have always told me to be careful, to check the orthotics out to make sure they were fine, to watch out for blistering.  You know, the normal things.  So normal that I just didn’t pay attention.  I hadn’t had any problems, so why worry?

At the second kilometre I knew I was blistering.  Between the 4k and 7k aid station I was numb. But by 8k I had pretty much had enough. I walked most of the end of the race. And ended things to find this pretty mess waiting for my attention.

A valuable lesson learned – keep an eye on your equipment, because if you don’t and it fails, you could be taking some more time off to manage the consequences and to wait for a replacement!

Well, Egmond marked my official restart to triathlon training. I am ready to get back to a solid multisport focus, and to get back to strength work and base building.

But through it I also now have new issues to sort out.  And it is frustrating and time consuming to have to sort out the aftermath of this race.  I hate that I have unexplained swelling on my knee, and that my orthotic cracked rendering even light running impossible at the moment.  It is like I’m stuck in some sort of hamster wheel when it comes to managing the seemingly neverending issues associated with doing sport while managing chronic conditions.  Don’t get me wrong – I’m not planning on jumping out of the hamster wheel.  It’s just that sometimes I just wish it was EASIER.

I am sorting out my ankle-foot issues.  I have a whole post to write on that topic, but I could be making a lot of changes in 2012 which will hopefully not only get my tendonitis sorted out, but also improve my stability and gait.

But because of my knee and weeping foot, I’m currently giving myself a break from the impact nature of running.  I’ll be back in the pool this week, and trying some new things for general strength and conditioning (non-impact). I plan to make it to yoga again (I need it).  And cycling (if my knee feels okay – mind you it doesn’t hurt, but if it’s swollen cycling will be a no-go).  I’m hoping the break is not too long.  I really enjoyed parts of Sunday’s run, and am ready to ease back into normal running volumes and training, especially now that I know how to use the treadmill.

I *know* time will pass quickly and before I know it April will be here, and with it my first triathlon of 2012.  There’s lots to do before then.  Not only for training, but in everything else required to do triathlon while managing a flurry of conditions.

But all in all, my motivation is high – let’s hope my body will be in a position to perform at the same level as my spirit.

One response to “Egmond 2012: The Half Marathon That Wasn’t”