With some delay I am finally posting here what I have announced elsewhere: in early November I was recognised as one of the London Region Club Paratriathletes of the Year.

2013 was the first year that the London area brought paratriathletes into their annual awards process. Receiving the recognition was a sweet end to a rough and tough season. Sadly I couldn’t make the awards night – I had a family 70th birthday to attend, and family ALWAYS comes first. But it was nice to receive the email and to see my name on the website.

I really have to thank those that nominated me: my friend Josie, my friend Nadya who nominated me on behalf of our club Serpentine, my coach Russ, and Laura of Write This Run (I spoke at their May conference).

At the same time, I have mixed feelings. When I asked my nominators to take time and support my selection, I was under the impression that, like every other award, London Club Paratriathlete would be judged and a single winner selected. But as the process went on, the selectors decided to turned the award into recognition – everyone nominated was deemed worthy of winning. 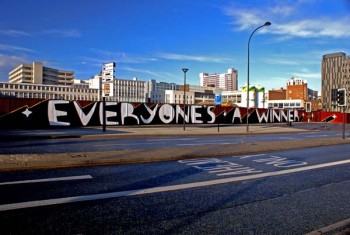 I understand completely – paratriathlon is a young sport and by widely recognising those that participate the sport is able to build its appeal and profile. With more profile paratriathlon can grow into a legitimate choice BOTH for talented para-athletes choosing a sport from which to pursue excellence AS WELL AS for everyday physically challenged people seeking to push themselves and their limits.

I am no less honoured. But I do feel less excitement. I am a competitive person – and I like to win. I like to have the fastest times in the lane swimming. I like to do well. I like to see my name above the bottom quartile (which is where I usually am in open sport, as an age grouper when a physically challenged class is not offered).  So being told that you are recognised, that everyone is a winner. Well, it kind of took a bit of shine off for me, if I am to be honest.

The Everyone’s A Winner Mentality

In September an opinion piece by Mark Helliker was published in the Wall Street Journal.  “The Slowest Generation” laments the “it’s good enough to finish” mentality of many endurance sport participants.  I have to admit, when I read the article, I thought “but it IS good enough to FINISH – he just doesn’t get it. PARTICIPATING is equally as valid as COMPETING.”

I am a huge believer – and have benefitted immensely – from simply participating in sport.  I can bore you to death with how embracing the triathlon lifestyle in 2009 saved me from a significantly impaired life due to chronic illness.

But this year – this year I tasted success in the form of a podium. 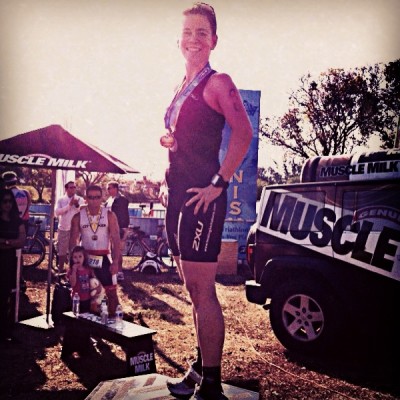 The second time I tasted podium success this year it was as an age grouper in an open water swim. My third place tasted SWEET – and was totally unexpected too. I was overjoyed. 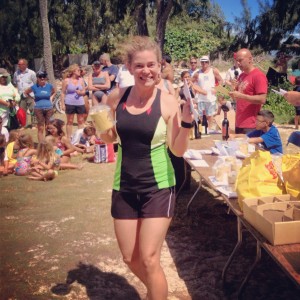 Am I ungrateful? No. Not at all. I feel that my recognition was deserved, I am humbled by the nominations I received. And I am proud to be a part of the paratriathlete community.

But here’s some food for thought:

1. If every other athlete in triathlon faces clear winner & loser situations, why is paratriathlon any different?
2. Does the difference exist simply because the sport is using participants to build its image, and is that wrong by definition?
3. Is recognition for all and completing (versus competing) any less valid a form of recognition and achievement?

Sweet? Or bland? Definitely not bitter. Pass me the salt and vinegar.