If October was about change, and November was about patience-without-pushing, December was about adjustments.  I expected this would happen sooner or later – the stage when my body just decides it wants to stop cooperating for a while, when it goes through a period of adjustment.  This has happened each time I have changed up my training routines.  Like when I started running in 2009 it took a while for my knees to get used to things.  It is a sign of old injuries and stresses, little reminders that although I am feeling great and strong my body has stuff going on – stuff I can’t see like weak collagen and slow nerves – and that stuff sometimes needs a while to catch up to new routines, to get used to things, and to get with the programme.

At the start of 2013 I am optimistic that my body will catch up – that with patience and time I can coax it to get stronger and more resilient.  I feel great – probably the strongest and most fit I have ever felt.  I just need to keep it that way!

54: resting heart rate
25: kilometres run
21: training sessions completed
13: hours of training for the month
3: maladies, both knees and one thigh
2: long haul trips (to Korea and Japan)
1: glass of champagne
0: weight gained over the holidays

As I said, when I change up my training routine my body takes time to adjust.  For the past few years the hardest part of training has been managing fatigue – I was okay physically but felt that I was stymied in my desire to train more by how tired I was feeling.  Working with Russ and taking a “back to basics” approach has meant that I actually feel less tired from training than I have in ages – but the new routines are leading to different effects on my body.  It is like going back to 2009, when I first started running.  My knees are adjusting to the loading, randomly getting swollen and acting funny (subluxing or partially dislocating – sounds worse than it is, this is a normal thing for a “bendy” person).  Maybe the maladies happen because I am physically tired?  I don’t know.  I spend a lot of time in jetlag or neural fatigue – maybe I’m just not used to the signs of physical fatigue?

These are the reminders that I have to pay attention to things, be diligent and patient in my attempts to push my body, to coax it into more miles and higher performance.  These are signs.  After each sign appeared (or in the case of the thigh bruise, after falling off my bike) I stopped, took a few days off or changed things up in order to give myself a chance to see what was going on with my body.  As I push my limits I can’t forget that I have to manage some stuff that I cannot see, that I walk a fine line between injury and mobility.

I also found myself travelling a lot, again, in December.  Unintentionally I was to Korea, back, and then on a plane to Japan for vacation – all within a week.  It was a crazy end of the year at work, followed by a wonderful week off in Japan.

When I’ve been travelling the approach Russ and I are taking is to leave the sessions planned loosely structured, to play things by ear and see how I feel.  This has meant that during both of my trips I have severely cut back the training I have done – I have just felt too fatigued from jetlag, plus I’ve been managing the maladies.

Instead of getting worked up about missing training, I have decided that sometimes things will just be the way they are, there is nothing that I can do about jetlag and the way it is impacting me, except to rest and try to recover from it faster.  So that’s what I have done.

2012 was an amazing year in so many ways: we had Jubilee parties and the Olympics; physically I experienced broken ribs and hypothermia; professionally I had a frenetic end of the year with some real high notes (and stresses). It seemed only right to just escape at the end of the year, to spend a week away from everything with DH in Japan just enjoying time off together. It was the perfect way to end the year.

I’m still not quite sure about all that 2013 will hold for me – I haven’t finalized my athletic plans for the year, I am not sure what big goals I’ll be reaching for.

But one thing is certain – 2013 will be my year of living intently. 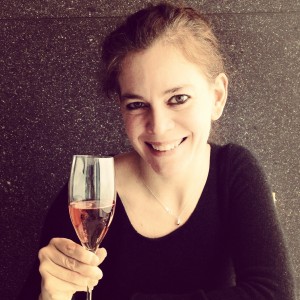 3 responses to “December in Numbers”