Yesterday after I posted I was asked a question which obliquely related to why and how I decided to choose a charity to support.  I’ve been asked this question a lot – my twitter friends have asked me, my neighbourhood friends who know I support a single charity have asked me.  I thought it might be a useful blog post to share my process of choosing a charity. 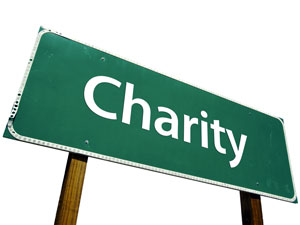 When you decide you want to focus your own fundraising and charity support efforts, the first thing to do is to identify your passion.  This can be done in a few ways.  You can start with the big questions – do I have personal experience with an illness or a disease that runs in my family?  Am I interested in a particular type of research?  Am I committed to education – elementary education, funding projects for schools, special education?  Think about your life and your values, and identify perhaps the top three to five key values or concerns that you have that you want to find a charity match for.

2.  Decide – do you want a local organisation, or a larger national or international one?

This will help your search for the charity that matches you values.  I can’t say enough about organisations that provide grassroots support to our communities and neighbours, real local charity efforts that only exist because of people in the immediate community who give their time, energy and money to make them happen.  But equally, there is a lot to be said about the larger organisations who through scale tackle the bigger problems in the world.  Which ever you choose, it is important to make the choice, as just like the value the local v global decision will help to guide you in your choice of charity to support.

Once you’ve identified the values and activities you are looking for, and the reach that you want the charity to have, now comes the interesting part – shortlist charities for further research.  Nowadays it is really easy to just go online and start some google searches to begin to identify interesting charities.  But don’t limit yourself to google.  Ask your friends, ask around your community.  Chances are the people who volunteer in our local churches and food banks will know something about local charities – strike up conversations the next time you go to Goodwill and ask the people who work there some questions.  Or go to an event sponsored by a charity, to find out more about their networks.

When I started my search for a charity to support I identified 4 charities to look at.  This shortlist formed the basis of some more research I did.

This step is a bit harder, as not every charity is transparent.  But I am a huge advocate of learning how charities spend the money that we give to them.  We are after all making investments, with the charity the guardians of the money we entrust them with, with a duty to share how they spend this money so that we can hold them accountable (and take our money elsewhere if we don’t like what we see).  I know – I seem rather clinical and business like with this – but really, go online and look for the accounts for these charities.  You might be surprised at what you do (and don’t) find!  It is also a great way to learn a bit more about to whom you will give your money or time.

Most charities nowadays publish their accounts on their website – but some don’t.

If you live in the USA, you can always find a charity’s accounts.  Another good first stop for information about charity finances in the US is Charity Navigator.  They are a handy organisation, although they have been known to make mistakes, but that said they are still a good preliminary filter.  A great resource is the Council of Non-Profits who can help you identify where to look on a state-by-state level – if you know where a charity files its accounts, you can usually find an actual copy of the full filing, unedited, which is really interesting!  Most charities list explicitly which foundations and individuals are the highest donors – so you can get a sense if the charity is a pet project for someone, or relied on by many people, if that is important to you.

In the UK charity accounts can always be found at Companies House.

I know!  A crazy concept.  If you feel less comfortable cold calling a charity to learn more about who they are, drop them an email to make an introduction.  Tell them you are interested in learning more about them, and talking with them about their aims, and tell them that you are thinking of focusing your charity fundraising efforts and are researching a bunch of charities.

When I did this, I had at this stage of time narrowed my selection down from four to two charities (by doing my value screening and account research).  The first one was the Centre for Neuromuscular Diseases at the National Hospital where I am a patient.  I took the opportunity of a doctors appointment to ask a bit about the centre, its fundraising aims, what the money was going to, things like that.  I then sent an email to the other organisation on my shortlist, the CMTA, to set up a time to talk.  I found in both cases people were genuinely interested in helping me to understand how the money they raised would be used, and that people were happy to spend time talking with me.

6.  Understand how to get funds to the charity

This seems a bit odd, but I also included in my conversations a bit about how I would be able to make donations.  As convenient as sites like JustGiving, FirstGiving, and Crowdrise are, the fact that they keep a percentage of all money raised through them for adminstration makes me a bit uncomfortable.  I learned in my conversations that some charities like to go through these sites to administer (for example in the UK) taxation claims.  I also learned that many many charities will happily open up a direct link to donations on their own sites for you.

When we chose to raise money for Women for Women International when we did the Rallye Aicha des Gazelles in 2008, WfW was extremely happy to give us a fundraising link direct to their accounts.  And the Charcot-Marie-Tooth Association (CMTA) also was happy to open a space for me on their site.  These arrangements cut out the middle man and meant that more money could be kept by the charity, which I really liked.

7.  Implement your choice in your life

This is much harder than it sounds.  The easy part is letting your friends know and putting the charity information / logo on your website.

Then comes the tough part.  Sticking to your guns and supporting one charity publicly!  This is really hard.

For example, what if you feel like doing the MS150, which is a different charity than the one you have chosen?  For me, that has meant foregoing seeking sponsorship to participate in the MS150 events.  I don’t want to ask people to sponsor my participation as then I’m asking for money and openly fundraising for the Multiple Sclerosis Association.  So when I did the MS150 I treated it as a charitable donation that I was willing to pay for myself.

I know, it can be expensive and counterintuitive – but to me keeping a clearly identified personal assocation with the CMTA means that any other donation I make, I do as a direct donation which I do not publicise.

Another thing that I do is offer to my friends who are fundraising to make a donation in their name to my chosen charity, and they in turn can donate in my name to their chosen charity.  This is helpful if you have friends who year in year out raise money doing charity challenges (and you do the same thing too).  I like to give to my friends efforts, and they usually return the gesture by donating to mine – but this way we keep our money going to the charities we individually support rather than having our name show up on another charity’s list.

Ah, the simplest yet so easily forgotten part of this whole exercise – giving thanks!

One thing I like about working with the CMTA is that they thank donors with a letter, a real physical letter saying thanks for the help and support.  It is a nice touch that I know my friends appreciate.

I don’t always send personal thanks to individuals, but I try to.  But I rest easy knowing that the charity I support is doing thank yous.

Remember this part of the equation – it makes people feel recognised for giving to you and your chosen charity.  And recognition?  It is something we all like! 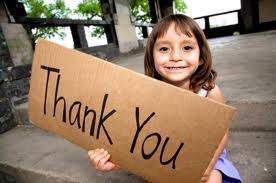 Images found on google image search from aim.org and oaklandassociates.co.uk